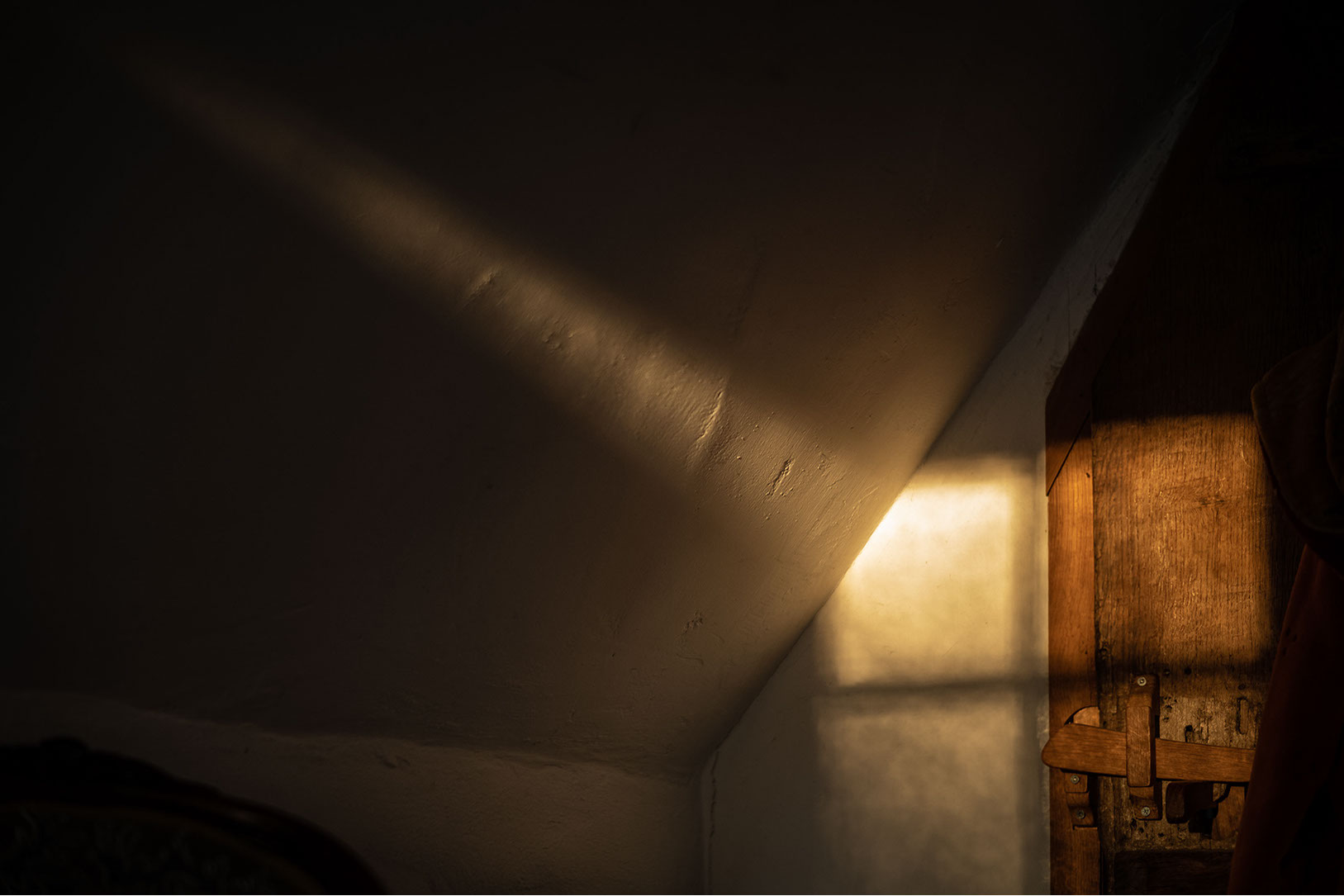 The Coming of the Light 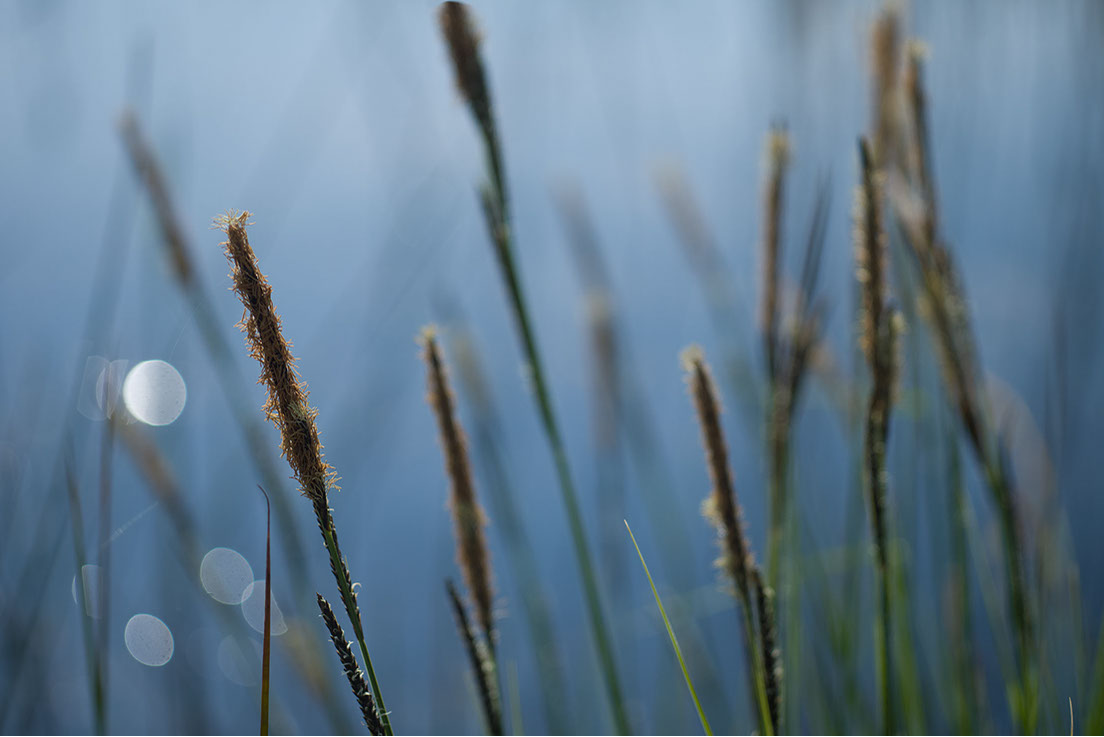 This is the third lens in Leica's historical lens series where they revisit classics and remake them with modern glass and coatings, but with the original basic design. The two previous lenses are the 28mm Summaron which is a tiny lens, originally released in 1954 with a screw mount. Then came the Leica Thambar M 90mm f2.2, a quirky soft focus portrait lens from the mid 30's.

The Leica Noctilux 50mm f1.2 is rather a different beast. Released in 1966 it was the state of the art lens for shooting in low light, it was very expensive, and very difficult to make, estimates of how many were produced vary between 500 and 2,500. But I understand that the actual number was 1,757. As a result of this it has become a photographic legend and a serious collectors item with production lenses selling for well over $20,000 and even lens hoods changing hands for around $4,000! Sadly I do not have an original lens to compare with the new one, but I guess that will be true of most of the people who buy this lovely lens.

I've been lucky enough to have a prototype copy of the Noctilux for almost the whole of the lockdown. I've used it on both the SL2 and the M10-R and have very much fallen in love. Of course it has it's vices and would not come out well in a technical comparison between the current f0.95 Noctilux (or the 50 f1.4 Summilux come to that!). Just a glance at the MTF curves shows that pretty clearly. But this lens is an important part of Leica's history and it's great that Leica should re-make it so that us lesser mortals can have a go with it! 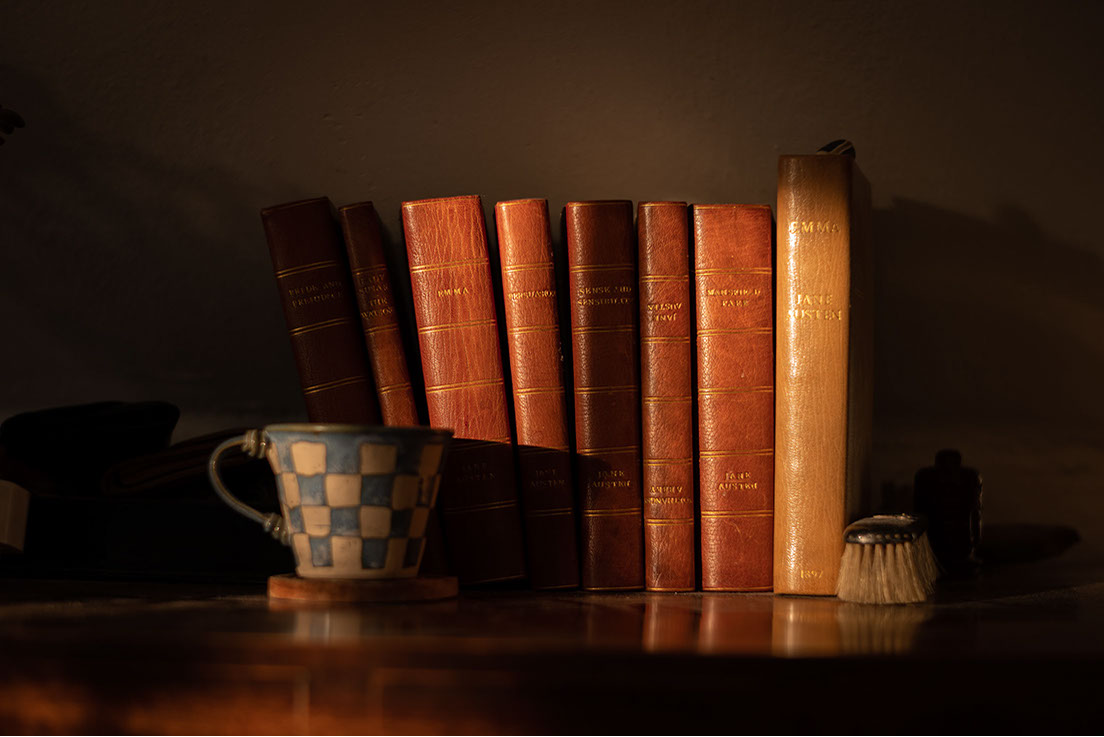 The Dawn of Austen

In 1966 Leica was still a big player in the photojournalism world, and there was an increasing demand for fast lenses for shooting in very low light. Nikon, Minolta, Canon and Leica all produced f1.2 standard lenses in the 1950s and 1960s. Leica's 50 f1.2 was the star of the show at the 1966 Photokina. 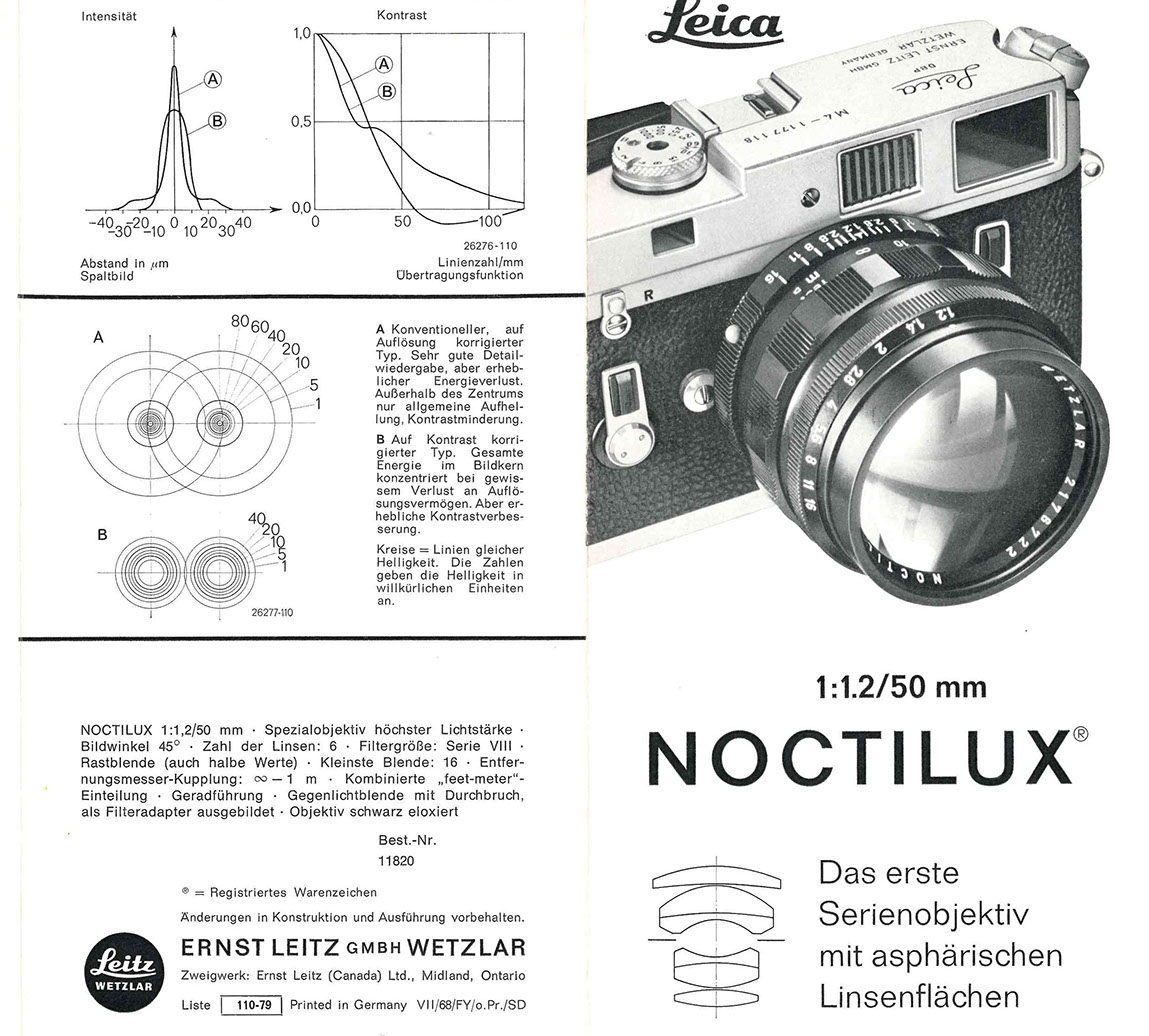 Work started at Leica in 1957 on the production of aspherical elements: The first lens prototype produced in 1958  was the Summaron 35mm 1:2.8 ASPH This featured 2 Asph surfaces, but never went into production.

The first prototypes were made in April of 1964 Designed by Helmut Marx and Paul Sindel (Helmut Marx was Professor Max Berek's successor as head of the photographic lens design in Wetzlar, and creator of the first Summicron 50 in 1953). The Noctilux 50mm f1.2 was released as the 11820 in 1966.

Professor Helmut Marx used an Elliott 402F computer helping design and saving lots of time ray tracing. This was before he had begun to develop his COMO optimisation program for lens design in the late 60s 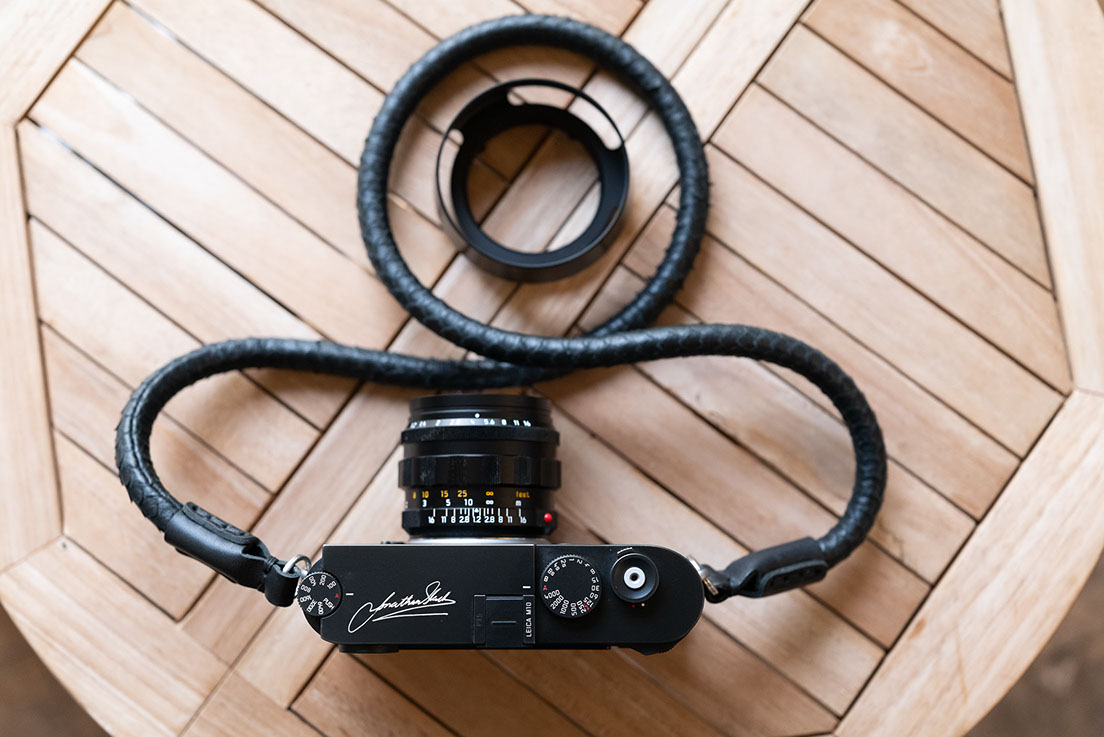 The Leica Noctilux 50mm f1.2 has two aspherical elements (front and rear) which were made on a specially built grinding machine that had to be operated manually. There was only one machine, and only one person capable of operating it (Gerd Bergmann), he had to discard many elements as rubbish.

After the release in 1966 there was much research to produce an f1 version of the lens with 3 Aspherical elements, but in 1970 the project was abandoned because the aspherical technology was in its infancy, and the production costs were immense. The f1.2 lens remained in production only until 1975.

In 1975 Walter Mandler in Canada designed an f1 Noctilux without any aspherical elements. It was launched in 1976 and was a great success, staying in production until 2008. In 2009 Leica introduced Peter Karbe's stunning f0.95 Noctilux, a double Gauss design with 2 aspherical elements. 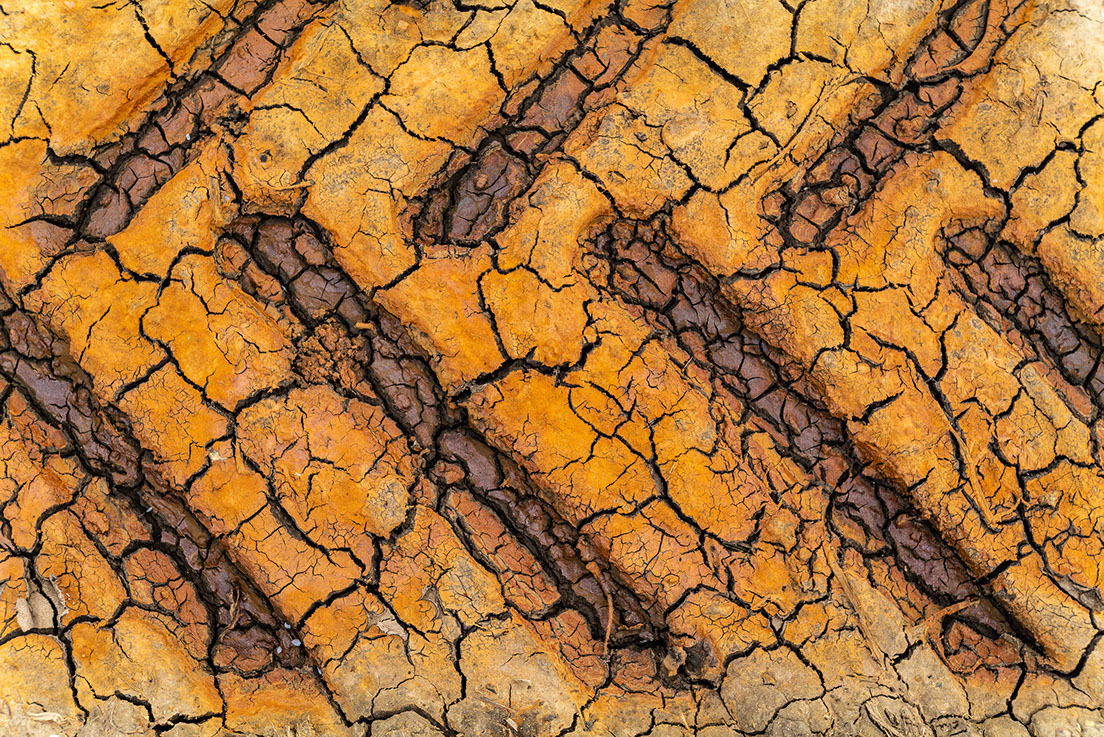 The original Noctilux did not have a filter thread on the front element, it was part of the clip-on lens hood. The new lens does have a filter thread, and as far as I'm aware that's the only obvious difference between the new and old lenses. Even the lens hood is superficially identical (although it says "LEICA CAMERA WETZLAR" and misses out the 'GERMANY' on the original lens - or at least my prototype does!.) Otherwise the size, handling and appearance of the modern lens is just the same as its illustrious predecessor. 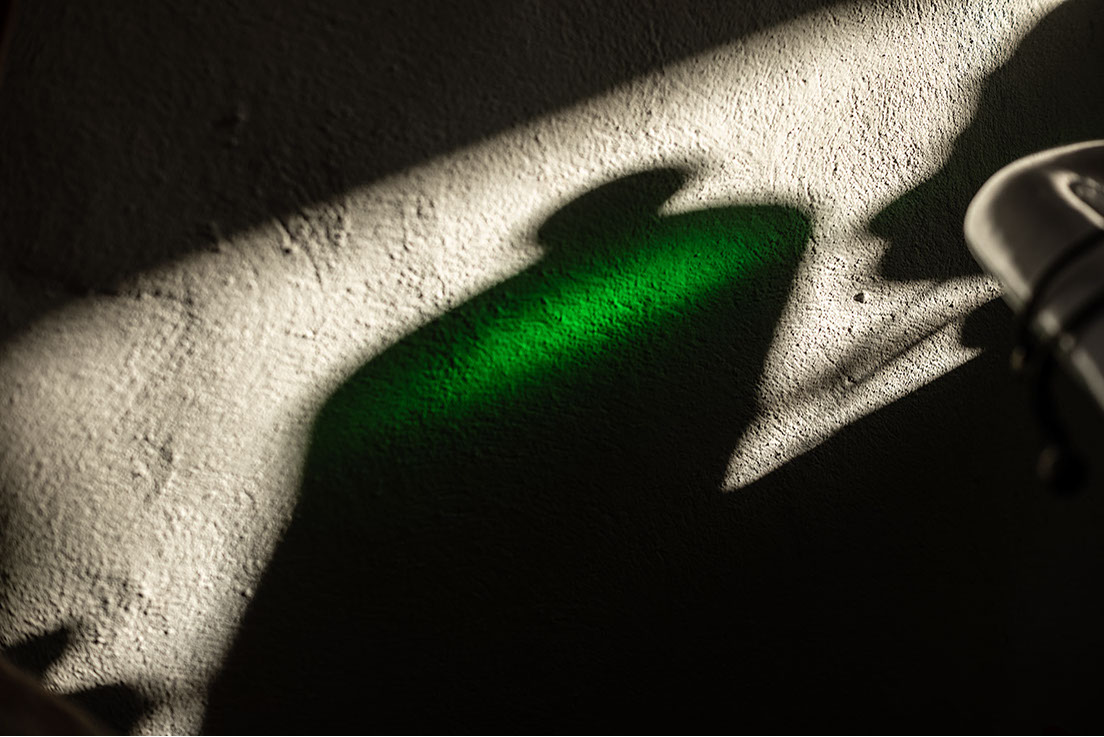 By modern standards it's a small  lens, about the same height as the current 50mm Summilux Asph and only a little fatter. It handles beautifully on an M body, perfectly balanced, but with a much longer focus throw than the more modern M lenses. It only focuses down to 1metre, I was hoping it would focus closer, but apparently that wasn't possible. 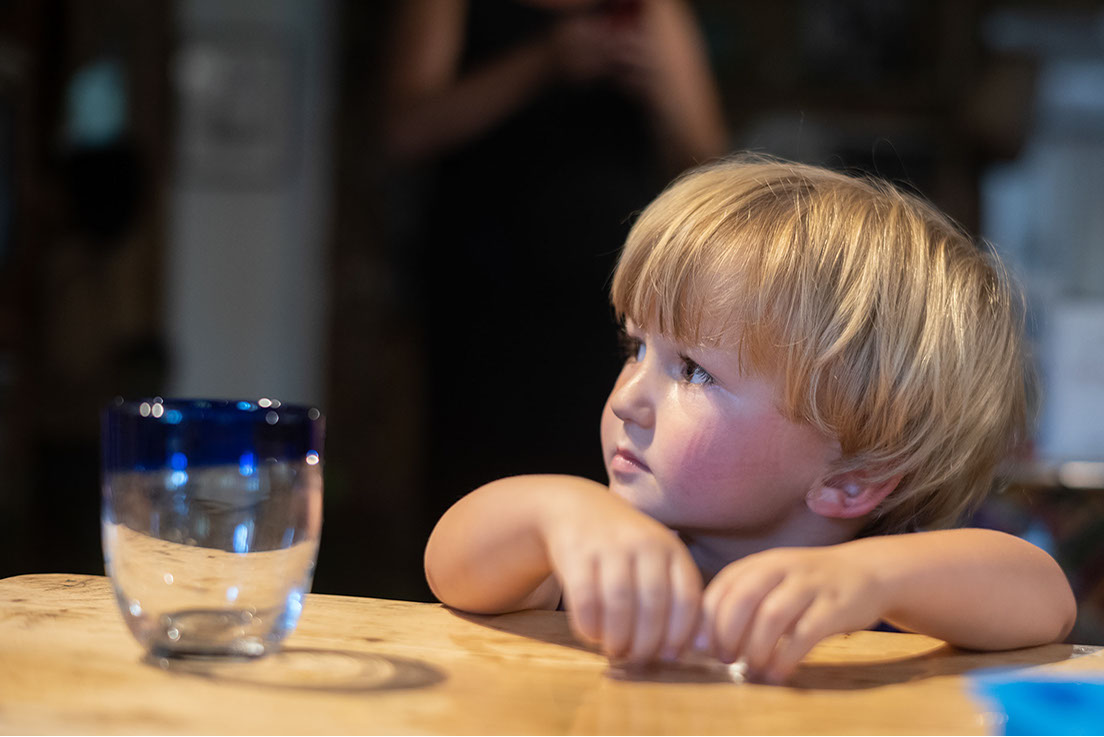 First of all I should say that I had quite an early prototype lens, but I expect that the image quality is pretty representative. It almost behaves like two different lenses.

At f1.2 nothing is quite sharp, even in focus at the centre, by the edge of the frame it's very soft and there is quite a lot of vignetting. It doesn't sound so good, but it's actually rather a lovely dreamy look. 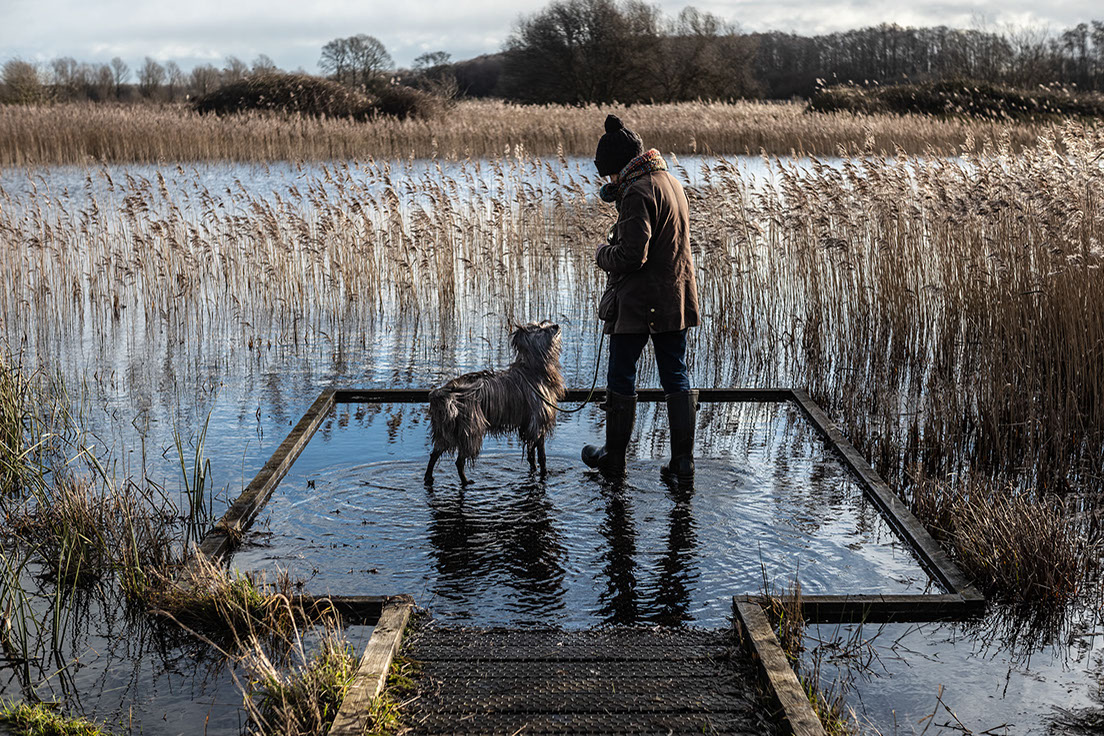 Overall Contrast is fine, but not like a modern Leica Aspheric. However, stopped down, in common with the rigid Summicron the Noctilux has incredible micro-contrast and really great acuity. In fact the image quality is very comparable to the rigid summicron from about f4 and on.

Bokeh is lovely (well, I think so, it's rather a personal subject). Stopping down a little the 16 aperture blades ensure that the aperture remains completely circular. 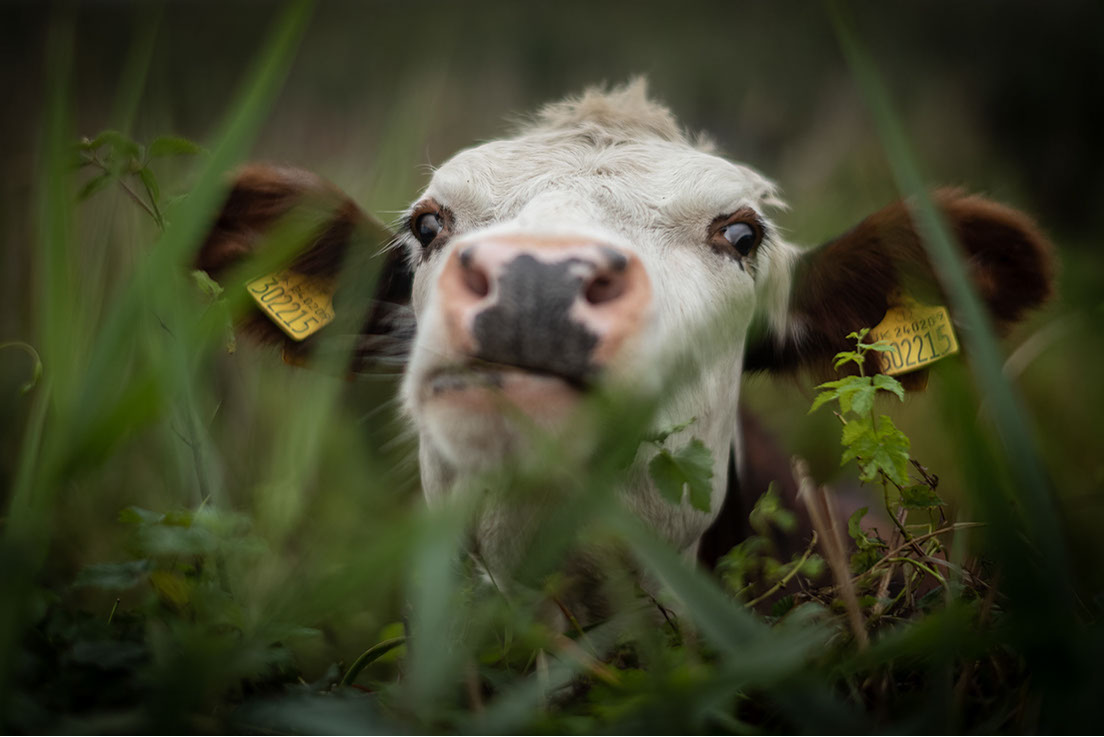 I can See You

I carefully checked the Noctilux f1.2 from about 1 metre, 2 metres, 4 metres and 30 metres. in each case the original point of focus remained properly in focus. There seemed to be some forward shift, but I feel that as long as the point focused on remains in focus as you stop down then it's not a problem in use.

The Noctilux f1.2 is coming in two versions. The simple version is €7,000 and is black with an aluminium body, this is the one for normal mortals! There is also a Silver Chrome version with a brass body in a strictly limited edition of 100 copies. This retails for €15,000. and being brass I imagine it's pretty heavy; lovely, but more for collectors than for everyday use. I suppose one could buy both! 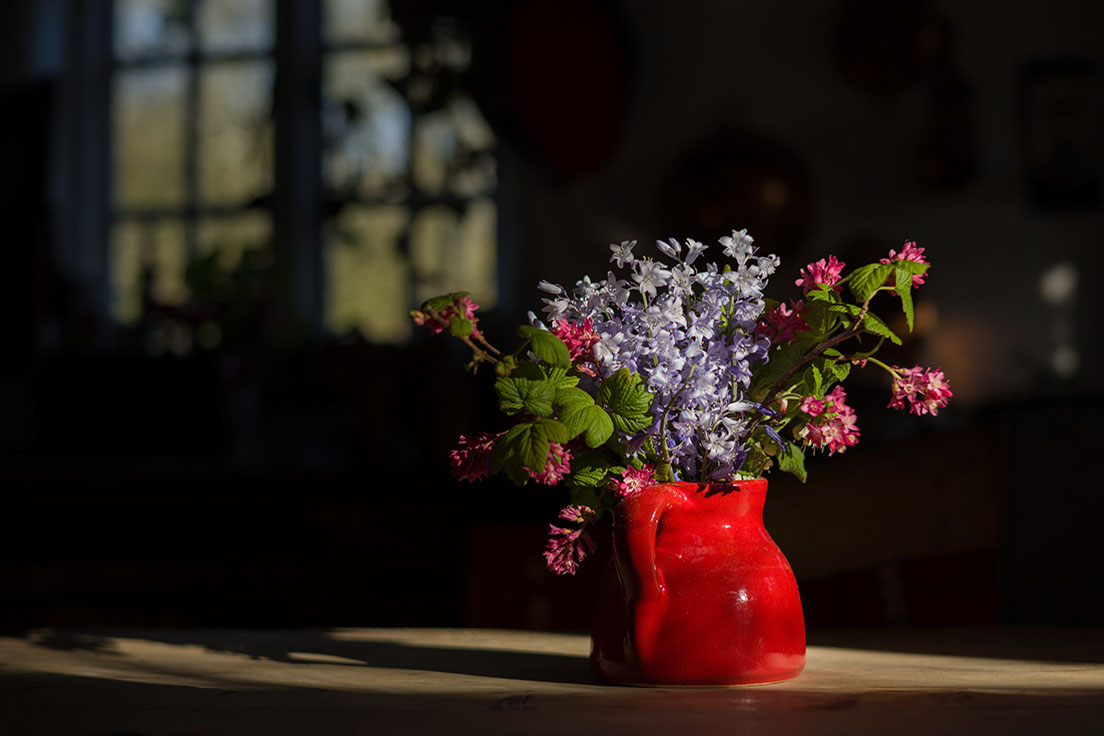 I really like the concept of remaking classic lenses, and this Noctilux is a lovely example, especially as the second hand price of the original lens makes it well outside the range of the average photographer. At €7,000 this lens seems like a something of a bargain, especially considering it's rather exotic double aspherical design. (Apparently it's still pretty difficult to make). Unlike the 90mm Thambar or the 28mm Summaron (lovely as they are), the Noctilux is very usable as an everyday lens, both on M and SL cameras (I guess it might also be fun on the CL). Dreamy and strange wide open, stopped down it is wonderfully sharp, and, if you like the look of the classic Leica lenses from the 50s and 60s then this would be an exciting addition. I'm going to start saving! 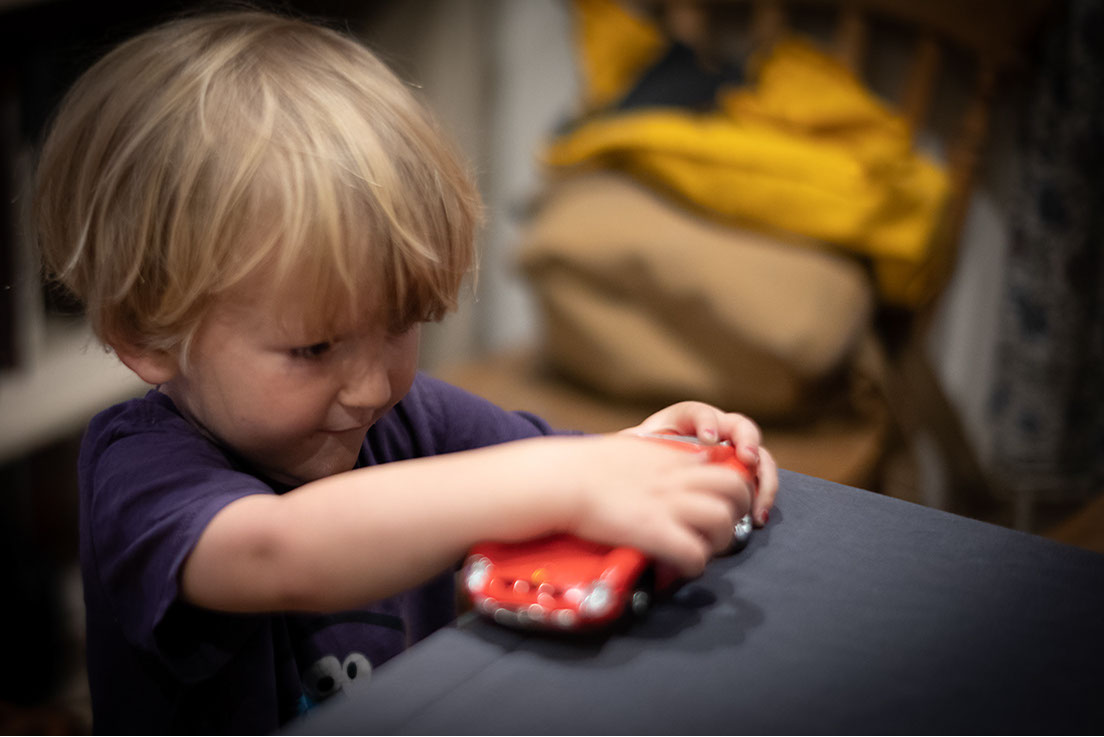 Thank you to Stefan Daniel and Jesko von Oeynhausen from Leica and especially Stefan Janssen from Leica who provided the historical documents in the 'more pictures' link below (and the one in the text above).

Thank you to Hari Subramanyan who let me play with his original Noctilux f1.2, to Amitava Chatterjee who helped with the selection of photos and to Milan Swolfs for discussions about the two lenses. Milan took the lovely images on the Leica web page. Thank you also to Heinz Richter for posting such interesting information on the Barnack Berek Blog.

Too many to acknowledge all of them and I'm ashamed to say that I've forgotten some of them. However, these two articles were informative and interesting.

First and foremost is the article on the Barnack Berek Blog:

Secondly is Erwin Puts interesting article on the origin of myths!

Sean at reidreviews.com Reid has published an excellent field review of the new Lieca 50/1.2 Noctilux on the Leica M10-R and SL2 - Soon he will publish full studio tests of the lens on both cameras 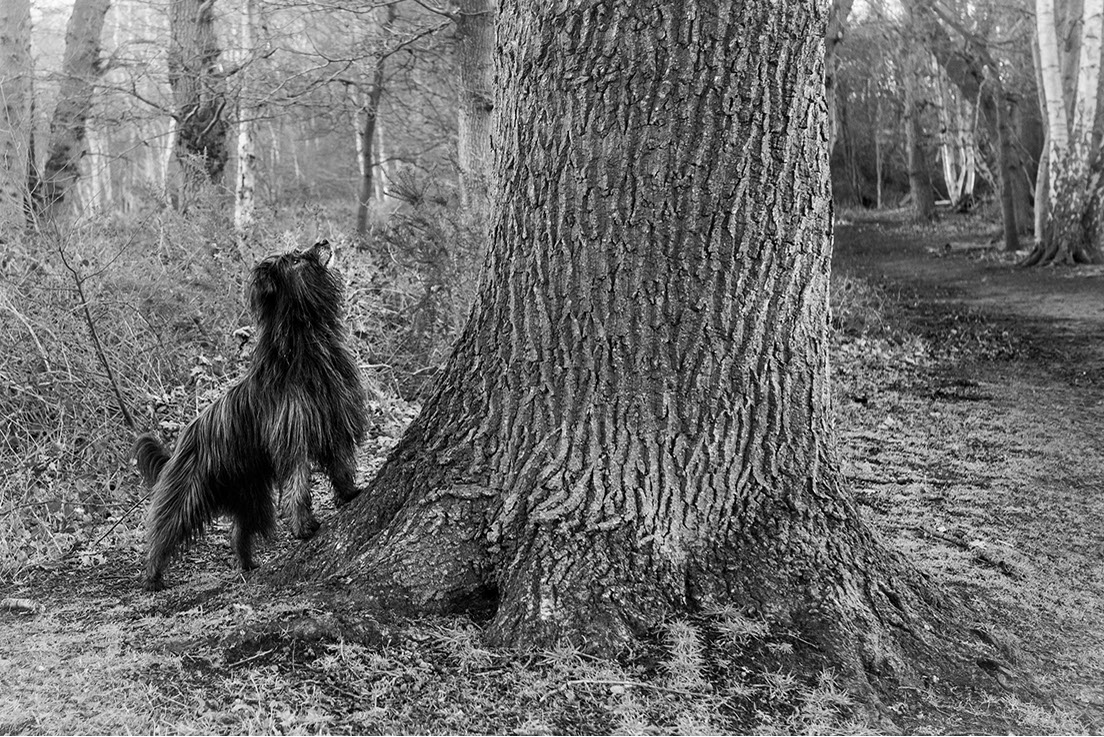 More Pictures (and some Leica documents) 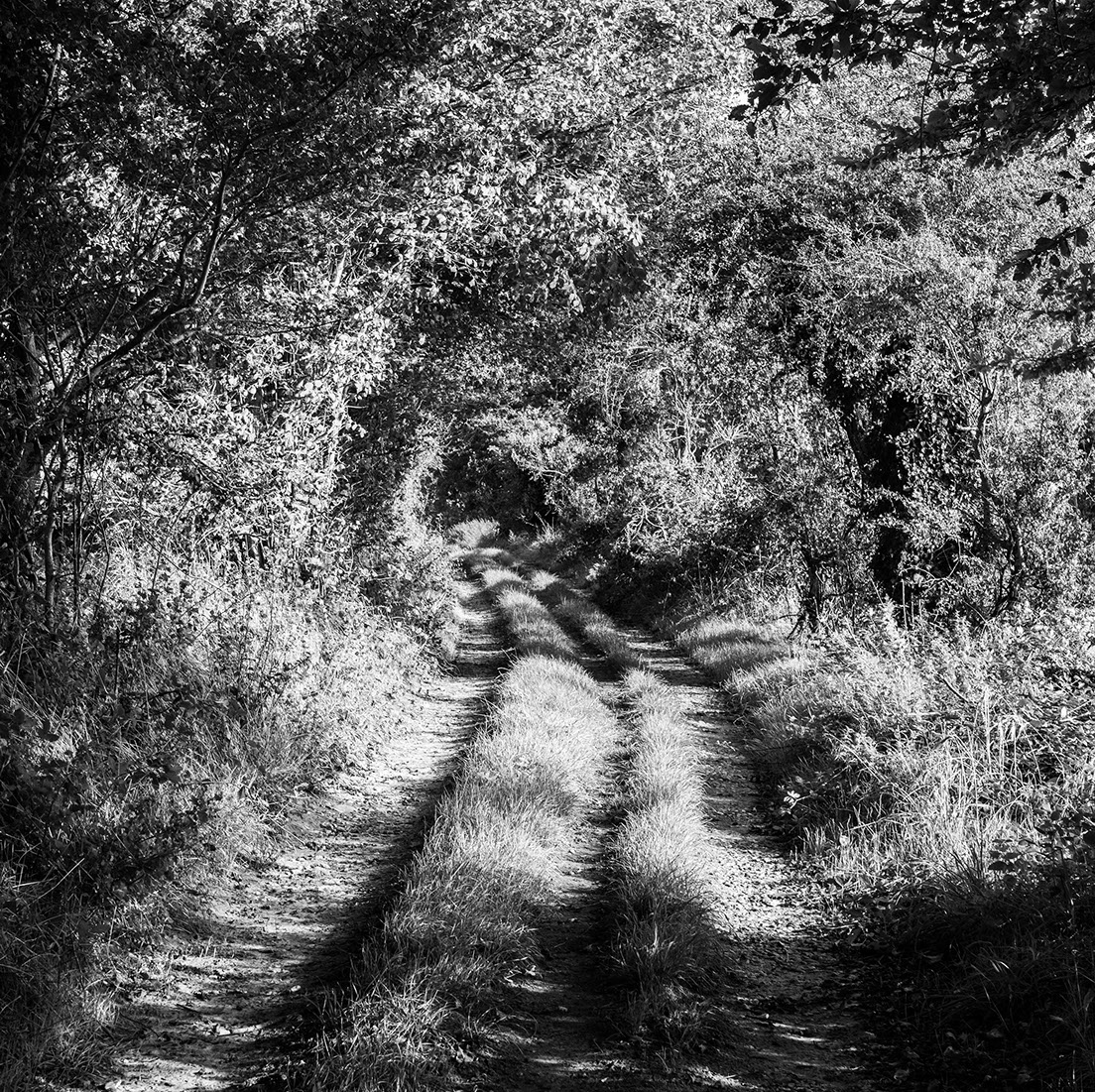 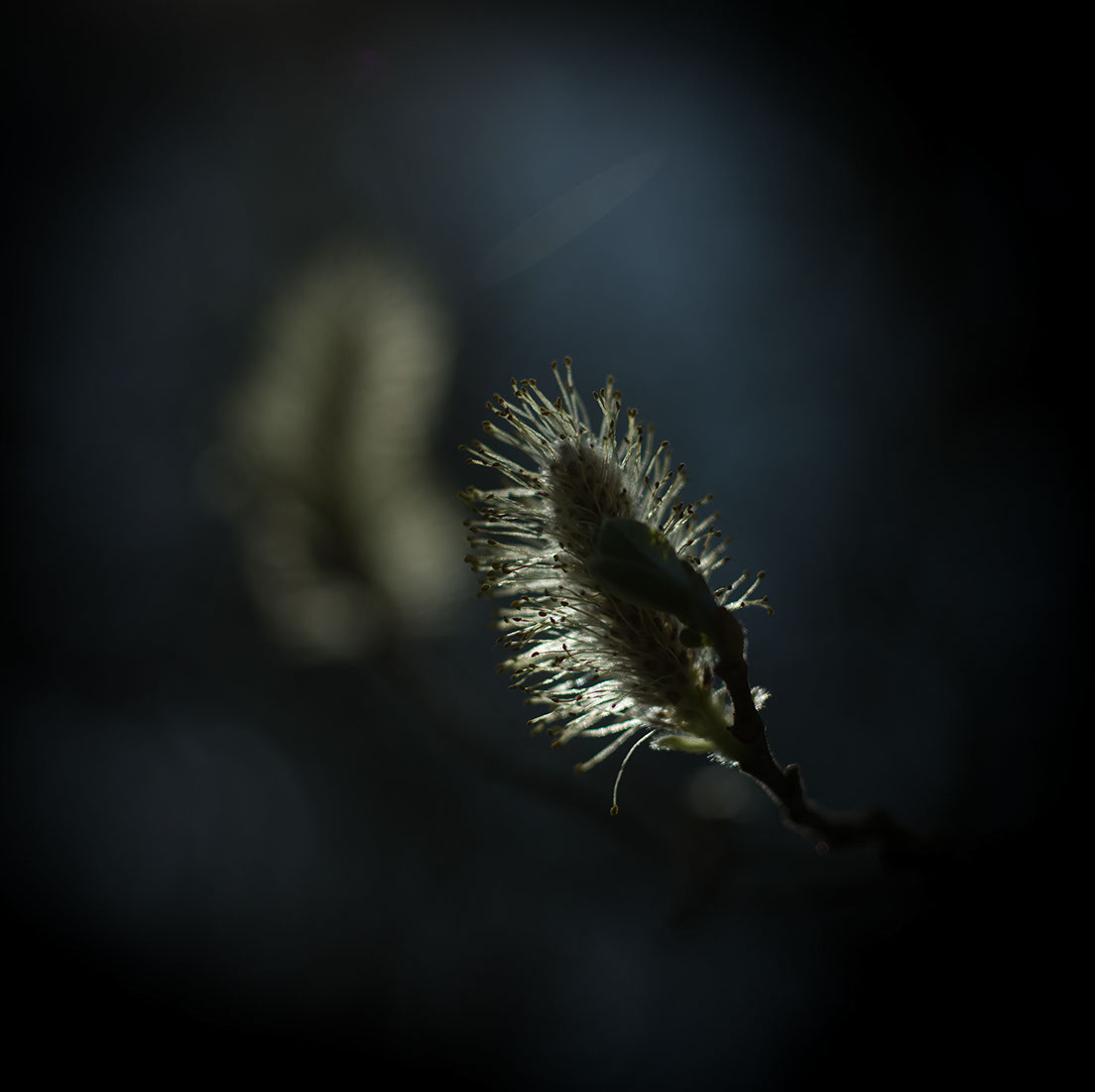 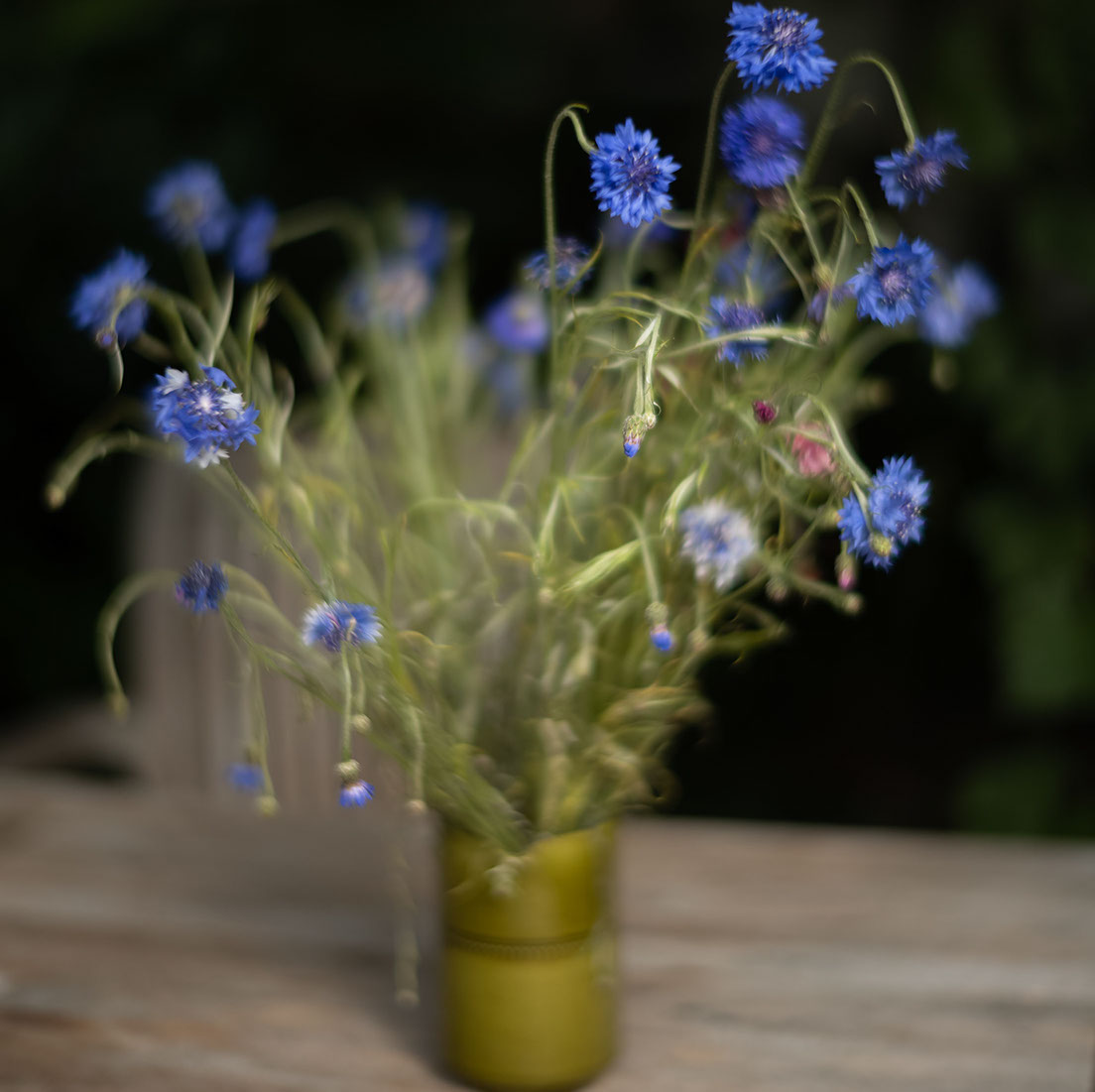 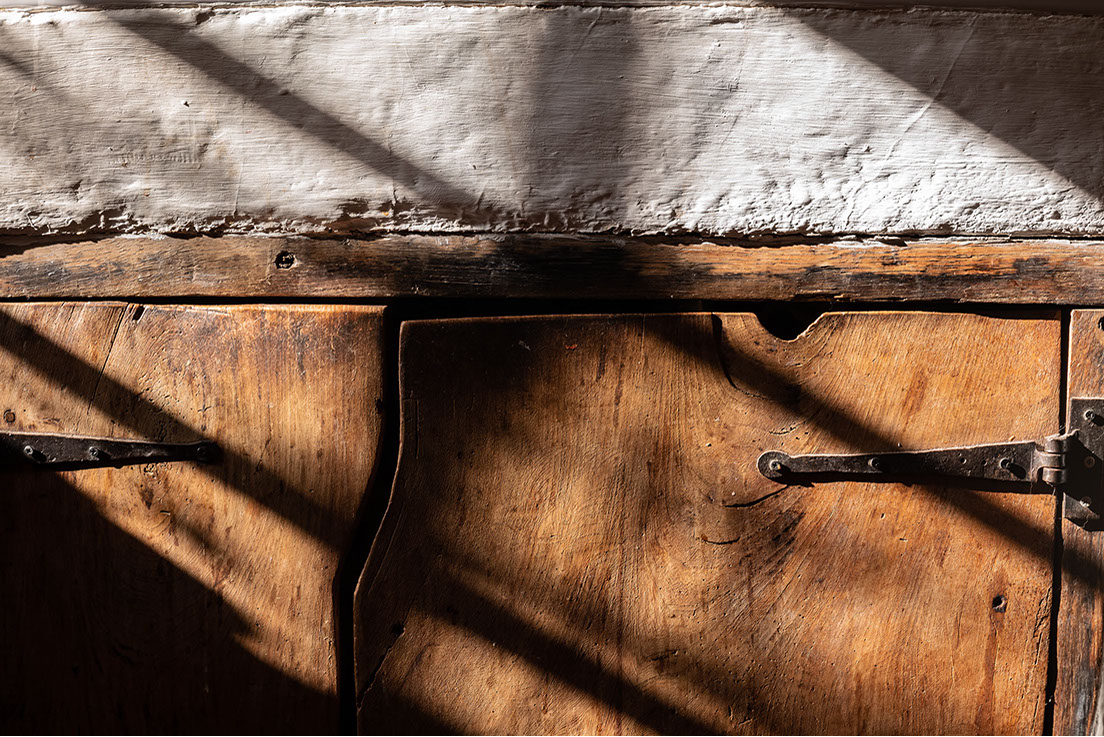